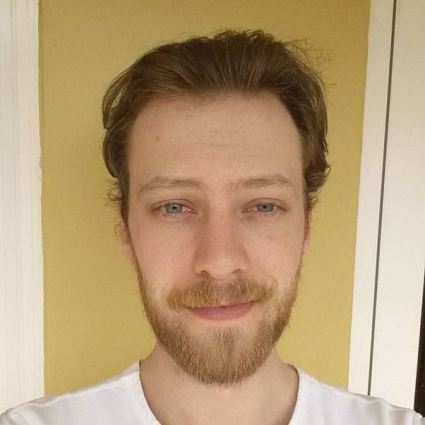 The once-a-week (maybe more) update on my IYIP internship in Jinja, Uganda.

Thank you to VIDEA for making that amazing opportunity possible and preparing me as best they could for six months in Uganda.

...and a bunch of posts from years ago.

Respect usually refers to equal treatment. Treating others as one wishes to be treated, as the Golden Rule states. It seems that some individuals, like Elliot Rodger, create stories driven by a warped sense of respect.

Luckily those stories can create positive change. In this case, Twitter and the Internet at large exploded with stories of violence against women, almost all using the #YesAllWomen hashtag. Two articles caught my eye.

14 #YesAllWomen Tweets Everyone Needs To See

140 characters are enough to explain hell. 14 different hells, in fact.

Your Princess Is in Another Castle: Misogyny, Entitlement, and Nerds

My parents did an excellent job of instilling the fact that movies, television, and video games do not depict reality. Though many of them come close to it, the scripts we see in modern media are meant to entertain, not explain how one is to live.

This article grabbed my attention because it calls out some of the scripts that are fed nerds and geeks like me. It reinforces what my parents taught me so many years ago: consider everything I choose to consume and every action that I wish to take. After all, I do not exist in a vacuum devoid of other human beings.

Gender or sex or religion or any other “dividing line” are fine to make note of, but are no excuse for abuse, violence, and rape. Human beings deserve to be treated as human beings – respected as equal partners in the success of our species.

Canada’s Conservative party has never struck me as one to be tough on corporate mistakes. So you can understand my surprise in hearing that Health Canada is gearing up to sign an bill into law that allows parliament to fine offending corporations $5 million dollars per day.

Take a moment to get your jaw off the floor, and then consider taping it into place. The bill will also allow the government to dump executives of said offending corporations into jail.

Who are the potential offenders? Pharmaceutical companies. Yes; the government is taking at at Big Pharma. I still don’t believe it, or at least don’t believe the bill will make it into law.

The bill is being advertised as “Vanessa’s Law” because it was tabled after a minister’s daughter died because of a prescription medication (Prepulsid).

The full list of what Health Canada can do to is as follows:

Corporate decision making. Many companies have shareholders that also share in running the company, usually forming boards of directors and things of that nature. Further complicating any implication in criminal negligence, individual parts of the company have individuals responsible for what happens in that part of the company. So the question is “Who do we throw in jail?”

To be honest, I hope Health Canada has serious reach when it comes to narrowing down the candidates in that kind of search. Criminalizing something does not always halt that activity, so saying it is illegal is not going to be enough and there had better be ways of following through on what I think are big promises.

I like what is being proposed. It seems to protect consumers and is designed to keep appropriate agencies informed. Potential fines and jail time are great added value.

That said, I think following through on jail time for the right person will be like trying to get directions from a deaf mute that knows excellent sign language that is definitely not the sign you learned in a university elective.

A private company is free to act however its owners choose, within confines of the law, of course. Until recently, Twitter was privately held. By initiating an initial public offering, the company is now publicly traded. Twitter is now responsible to a beast other than its customers, employees, and owners: shareholders.

Shareholders generally buy for one reason: profit and the earnings they can gain from it. Twitter is bringing in money thanks to promoted tweets, accounts, trends, and its foray into TV-linked advertising, but it has never earned a positive bottom line. Pressure is mounting for the company to move its ledgers out of the red.

I have no doubt the company’s public offering is related to that fact. No income means dwindling reserves of cash, which is not a sustainable business model – neither is relying on a public offering for money meant to cover operational costs.

That implies that the public offering has a purpose other than the need for cash: new minds working on a difficult problem. Buy outs of “undervalued” companies were a common practice in years past – investors with big ideas buying a majority share of a company and attempting to increase its market value for the benefit of shareholders (and themselves). It seems almost as if Twitter’s c-suite was hoping for something similar.

No income and an IPO do not mix unless there is hope for something new. Exactly what that something new will be is unclear. The leveraged buy outs I mentioned earlier were not guaranteed successes and sometimes deliberately exploited the company for personal gain, and Twitter’s vast reserves of information are exploitable.

It is widely known that Twitter played an extensive role in the Arab Spring thanks in part to its stance on the privacy of information. It is likely the decision to hold back personal information is no accident and comes from the top of the company.

Shareholders complicate that matter. The question becomes “what will change for the sake of being profitable”? Facebook is well known for using the vast amount of information it collects about individual users to earn a profit – targeting advertisements on the social network is something many companies are willing to pay for. That use of the information is not dangerous in itself, but selling the information to the spy agency of a citizen-scrutinizing-and-critic-censoring country (Iran, China, Russia, sometimes the U.S., etc) would be.

I am fine with Twitter earning a profit (we all need to eat), but not at the expense of its customers personal security. With my knowledge of shareholder function and stock markets, I cannot say for certain what will happen, I just hope Tweeps do not get used and abused by an over-enterprising shareholder or two.

So what do you think will happen? How will its IPO change Twitter? Are you a shareholder of the company? Start the discussion in the comments below!

The story I am writing about is old news. It has gone past the initial incident and into the hands of the courts.

I am talking about the shooting of Sammy Yatim. [Fair warning: The link leads to a video of the shooting.]

For those who missed it, allow me to set the scene. Yatim is a knife-wielding teenager on a street car surrounded by police officers with pistols drawn, pointed at the aforementioned teenager. After repeated calls to drop the knife, Constable James Forcillo fired 9 shots at Yatim. 6 shots are reported to have been fired after Yatim had fallen to the ground.

I believe this fiasco should spark a deeper discussion about police training. Police constables are not simply given a utility belt and then thrown into the community. They are taught how to do their job, and part of the job is making split-second decisions to protect their own lives and those of the public.

Yatim pulled a knife in public, but did not harm anyone on the streetcar. This video shows the streetcar emptying, and there has been no news report of any passengers being harmed, so he was not feeling murderous. The video also does not show Yatim advancing on police officers. It did not appear that the teenager was a danger to anyone other than himself.

Because of that, I do not understand why the officer began to fire his pistol. It is possible that Yatim began moving toward the police officers in a threatening manner, but there was another officer standing next to Forcillo and he did not fire even after Forcillo had opened fire.

Clearly, something has gone wrong before the incident; some training was ineffective or Forcillo was the wrong man for the job. Shooting an individual who poses no danger to the public or officers-on-hand is a decision that defies logic.

Are police being trained to make sound decisions in the face of ambiguity? The rash of violent police actions across Canada and the United States says “no”.

Are recruits being screened for personality traits? A person who is comfortable and calm in a confrontation is one thing; one who goes looking for a fight is another.

There are many questions being asked, but I believe those two drive to a cause. Police around the world are tasked with a difficult job, so being 1) trained appropriately and 2) the right person for the job are critical to successful policing in the modern world.

To me, the worst part of this whole situation is that it is now impossible to tell why Yatim acted the way he did, and he cannot be helped. His potential is lost forever, and that is the greatest tragedy.

Justice for that loss is one thing; preventing tragedy in the future is another. The only way to prevent mistakes is to learn from them, so I hope that the right lessons are learned from this horrible situation, and that those lessons leads to necessary changes.